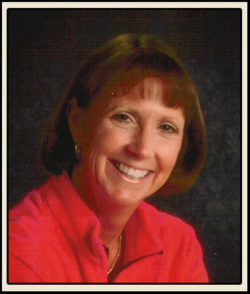 Patricia is an accredited TCRG by the An Coumisiun le Rinci Gaelacha in Dublin, Ireland.

Coming from a long line of accomplished dancers, Patricia’s Irish dancing career started at the young age of six, when her father (a native of Clonmel, Co. Tipperary) took her to a class in near-by San Francisco, California. It was the beginning of a life long love of Irish dancing. For the next four years, Patricia danced with the Kennelly School of Irish Dancing learning the discipline, traditions and fundamentals of dance from John and Maureen Kennelly. At the age of 10, Patricia left the Kennelly School to join the Walsh School which was closer to the family home.

For the next eight years Marie Walsh, proved to be an inspirational teacher and mentor helping Patricia advance to the championship level of dance. With the Walsh school, Patricia performed and competed across the Western United States, Canada and Ireland. At the age of 18, Patricia left competitive dancing to pursue a degree in Nutrition Science at the University of California at Davis and a career in Senior Services. 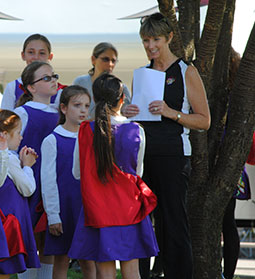 Eight years later she moved to Olympia, Washington and was thrilled to find a young, exciting school (then Scoil Rince Slieveloughane) lead by Robert Haley, TCRG.  With  SRS Patricia competed and performed throughout the Pacific Northwest.  It was then that she opened a new chapter in her dancing career by assisting with the teaching and coaching of the SRS dancers.

In 2009 Patricia earned her TCRG certification and has focused on teaching ever since.  She currently teaches solo, competition and Ceili classes to children and adults in Olympia and Gig Harbor.  She has taught workshops for the Washington Contemporary Ballet, as well as classes at the internationally renowned Gaelic Roots Summer Camp at Boston College.